Free Shipping to the UK & Europe 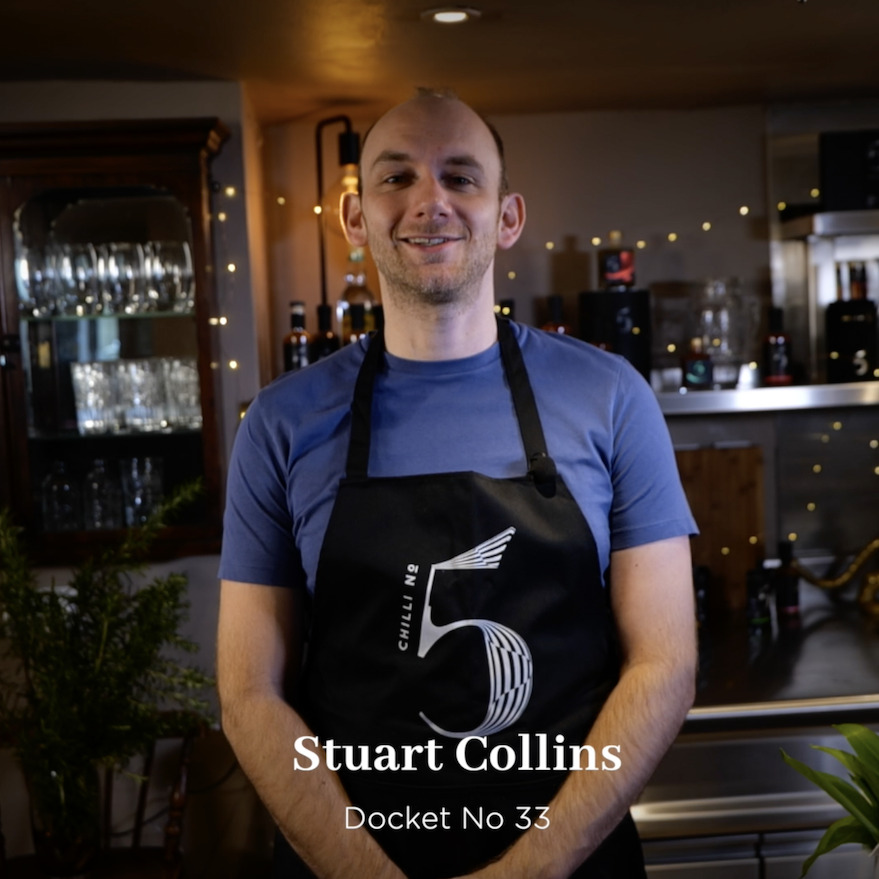 Staffordshire-born Collins went head-to-head with ‘central region’ chefs Sabrina Gidda, Shannon Johnson, and Liam Dillon on the BBC Two show, which features some of the UK’s best chefs and upcoming stars competing to produce a course that will be served at a prestigious four-course banquet.

Now in its 16th series, this year’s theme is British innovation, celebrating 30 years since Sir Timothy Berners Lee first made the internet widely available, and Helen Sharman who was the first British astronaut to go into space.

Chef Stuart Collins, who is chef-patron of the acclaimed restaurant Docket No 33 in Whitchurch, Shropshire, created two exceptional dishes on the Great British Menu, an appetiser and a fish dish, putting him through to the next round.

His first dish, “Take it With a Grain of Salt,” was inspired by nutritionist and food scientist Elsie Widdowson, who was responsible for shaping modern dietary thinking. His dish featured braised pork cheeks with roasted apple and vanilla puree, cabbage and bacon choucroute, pickled apples, and popcorn sized pork scratchings.

The dish earned him a mark of nine out of 10, with judge Lisa Goodwin-Allen praising his “beautiful cooking.”

Describing the idea behind the innovative dish, chef Collins said: “So, the mass inside a black hole is called singularity. So, within the bowl, everything will become one.”

Judging the Great British Menu fish dish was celebrated 4 Michelin-starred chef Simon Rogan. He described Singularity as “visually exciting” and overall a “very balanced dish.” Chef Stuart Collins was awarded a mark of eight out of 10, putting him top of the leaderboard.

Chef Collins is a rising star in the culinary world, with Docket No 33 awarded consecutive Michelin Plate awards.

He has worked with some of the most acclaimed chefs globally, including Gary Rhodes and Gordon Ramsay, with his culinary style focused on modern British cuisine that is led by seasonal produce.

Chef Collins recently hosted one of Chilli No. 5’s Superfood Mondays, a weekly video series which showcases delicious recipes,  highlighting how easy it is to add depth of flavour by cooking with chilli sauces.

All the Great British Menu 2021 episodes aired to date and to come are available to stream and view on BBC iPlayer in the UK.