Free Shipping & Returns to the UK & Europe over £40

Colin the Chilli No. 5 Chef Interview 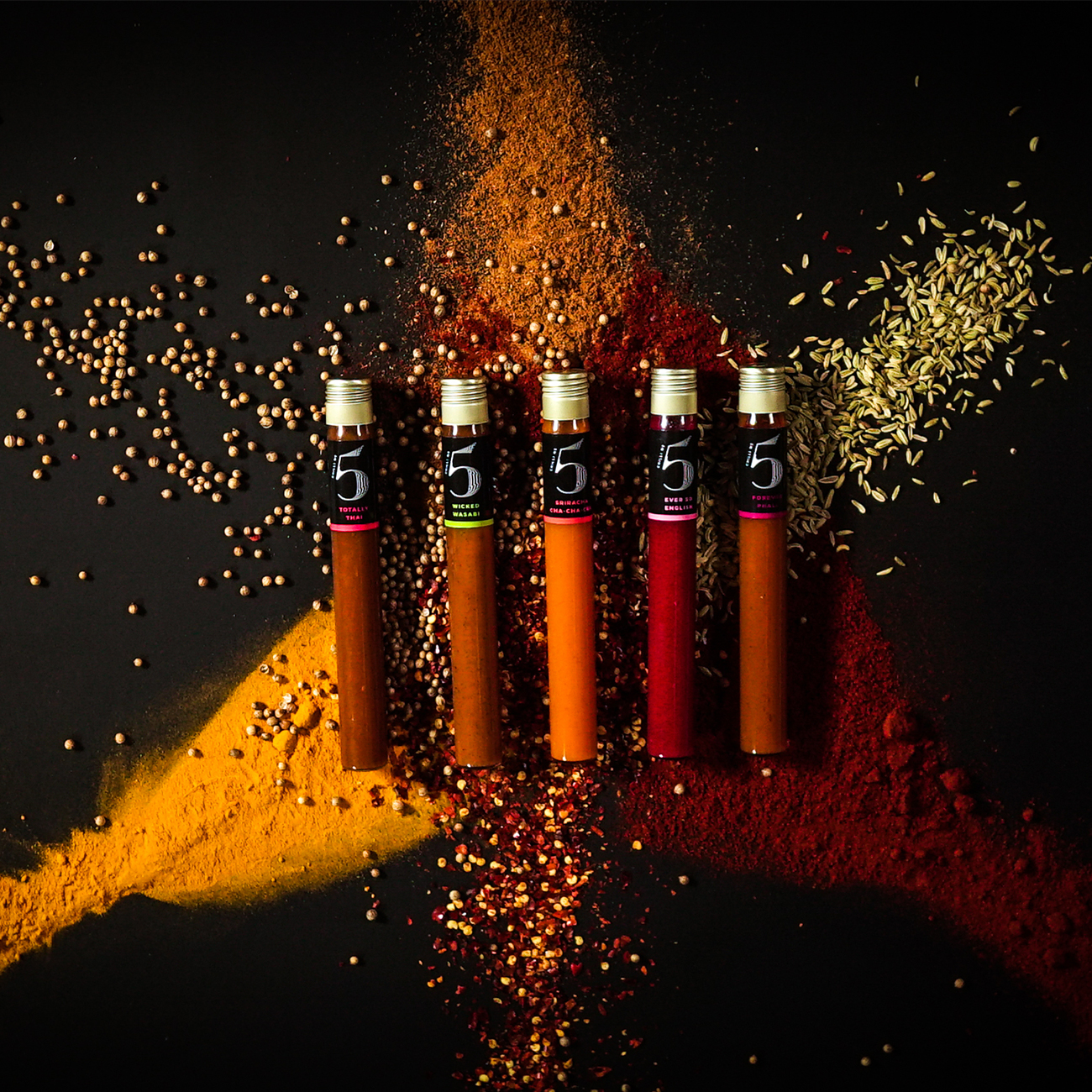 Colin is a seasoned superyacht chef and magician who brought our founder’s hot sauce vision to life. Creating such a diverse range of chilli sauce recipes was no small feat and took time to perfect. Read on to find out more behind his creative mind.

Chilli No. 5: Do you usually eat spicy foods or use hot sauce?

Chilli No. 5: Which kinds of hot sauces were you using prior to creating the Chilli No.5 sauces?

Colin: Regarding what kinds of hot sauce I was using prior to Chilli No. 5, well, I’m a chef and have been for over 20 years on superyachts, villas, and in restaurants, so I made my own. However, when I did, it was mainly Asian-inspired hot sauces.

Chilli No. 5: Do you recommend certain foods with a specific sauce (i.e. which meat/dish goes best with which sauce)?

Colin: For Chinese Hot and Sour, I would recommend having that with pork chicken gambas. Ever So English pairs well with a rare roast beef or a good strong cheddar or Stilton. Fiery Gazpacho, now that’s versatile, obviously with a good vodka it would be great and it would work well with seafood like sushi, prawns or sashimi. Heavenly Harissa has to be paired with lamb, but chicken also works great as a marinade as well as a dip.

Jamaican Jerk is primarily a marinade for chicken lamb or beef, not really to use as a dip but works well when added to, for example, a tomato sauce for a real depth in flavour. Mexican Fury is my favourite at the moment, it’s all about the citrus and oregano, they work so well together and when paired with black caramel garlic ahh it’s lush whack it on anything and it’ll taste good really.

Regal Red Pepper is another great one for red meat one or in a mixed drink. Perfect Piri Piri straight away is known for chicken or prawns either as a sauce or marinade. Sriracha Cha-Cha-Cha needs a bit of caution, I went full on the whole 9 yards with that one heat-wise. What does it go with? A night out with the boys! It’s roasting and not for the light-hearted.

Totally Thai to me is lush, it’s quite dark in colour as opposed to a normal Thai stock, but it’s a sauce. It is one of only two Chilli No. 5 sauces that contain alcohol, being gin, due to the juniper which rounds off the lemon grass and lime very well. The sauce works well with chicken, prawn and vegetarian dishes.

Forever Phall is a different story, it was inspired by Indian chefs but designed for the tamer English preferences. It is as hot as they go, but again, I added roasted mango with cumin to round it off. Anyone can blitz some chilli and vinegar together but to still have flavour coming through takes a bit more thought. Forever Phall works well with beef, lamb, chicken, and prawn dishes.

Louisiana BBQ is the second one with alcohol. It has a deep, rich, smokey taste from the whiskey, the smoked paprika, the brown sugar brings out the sweetness and the sweet potato levels it out and thickens it you can eat it by the spoon full. It is not the hottest sauce but still has a kick.

Wicked Wasabi… what do I say, this is a favourite. As you know, it’s traditionally used on sushi and sashimi, so I thought to add some vine tomatoes, peppers, citrus and sesame oil that with fresh coriander which I think works well with beef tartare or even a salad. As would the Fiery Gazpacho and the Ever So English.

Chilli No. 5: What was your inspiration when creating these luxury hot sauces?

Colin: My inspiration to give people heat but with flavour.